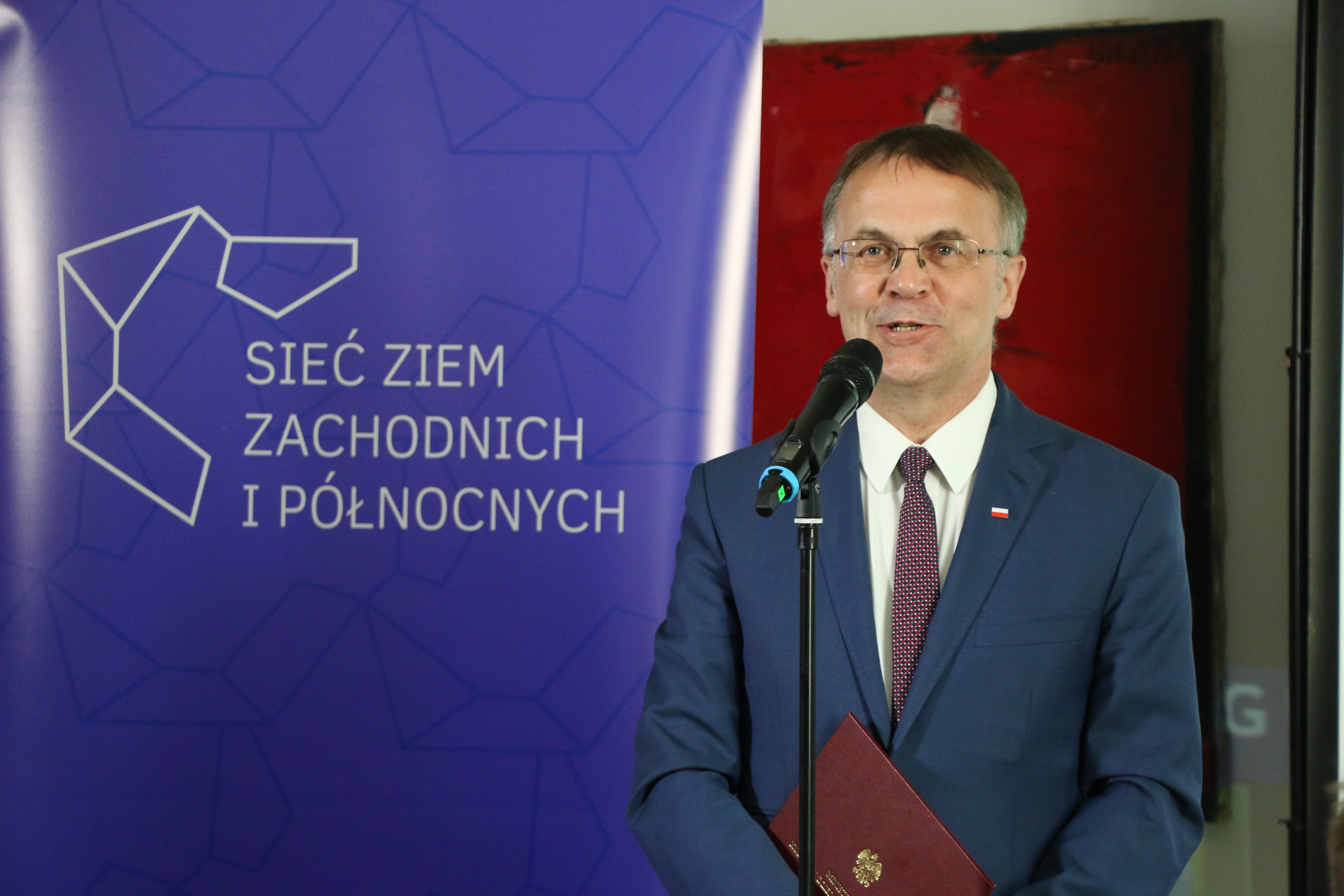 On the 19th of June 2017, during the afternoon hours in the interiors of Warsaw’s Kordegarda Gallery, the Network of Western and Northern Territories was officially inaugurated. As Jarosław Sellin, Secretary of State in the Ministry of Culture and National Heritage, emphasized in his opening speech,
“For more than ten years now, the postulate of building the Museum of Western Territories has been present in the Polish public debate, as an institution that would talk about Polish state, cultural, social and economic achievements in the Western Lands after 1945. This is an important subject that should be given due attention. Today, we are implementing this demand in the form of the Network of Western and Northern Territories. [….] I am glad that after a decade of preparations and attempts to work out the best possible formula for the implementation of this important idea for Polish historical policy, today, in the hospitable interiors of Warsaw’s Kordegard, I can say: we are opening the Museum in many places: the Network of Western and Northern Territories!

We cordially invite you to watch a short account of the event:

Moreover, thanks of the presence of representatives of the nationwide media, the Network has also become aware of a wider audience: